The ad is published in the satire magazine Eulenspiegel which is the biggest provider of German jokes in the world.

The magazine has a circulation of around 140,000 which clearly proves that even West germans have a good sense of humor. 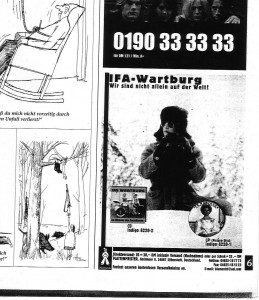