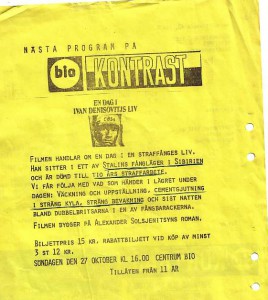 One thing that have been hard for me to understand is why we people living here in the East have such different perceptions compared to people in the West. Everyone knows that many in the West have problems with sexual activites; something that we socialists don´t have.

What is normal and what is not? I can never see a matter of argument, because our arguments are based on the truth. I would like to tell you more about my thoughts here:

I once read about a capitalist who only wanted to walk around in his dusty room and read books about female genital diseases. This man was completely destroyed by money, he had no comrades and he could only eat hamburgers. The rest of the time he was sitting in front of his television set, marinating his brain with capitalistic lies all day long.

One day the TV broke down and the poor guy compensated for this by start reading books about female genital diseases. That was the only thing that could tickle his degenerated nerve system from now on.

He kept these books in a large vitrine and read them day and night. He could look at all these medical color images for hours an every night he was dreaming about genitals mutilated by diseases.

I told Heinz and Rolf about this sad person and they immediately decided to write a song about him. After all, we are in the same boat, everyone living on this planet. All people are equal. Yes, except for people who only read books about female genital diseases of course.

Today, I have got a secret telegram that tells the story about a western band called Pink Floyd and they just released a popular record about The Wall.

That is a very good sign from what I can understand, because the western countries are usually talking in negative terms about our Wall, but now they admit how good our Wall is.

A Wall makes things so much better and people easier to handle. There is one hell of a power in a Wall.

I have not heard their music yet but I hope it´s good. Thank you, Pink Floyd for your wall-friendly music! 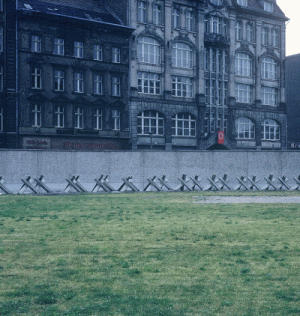 East Berlin has always been a nice place except for the constant interference from West Berlin. The open border is often used for espionage, sabotage, currency speculation, smuggling of goods on a large scale and to attract skilled labor to West Berlin.

Today, DDR decided to solve this problem by building a little wall along our border to West Berlin. This is the only way to secure peace in the world.

The Wall will help us in East Berlin to protect ourself from militarism and imperialism. We turn away from the cold war and face international understanding instead.

Now, we will be the city of peace and international friendship!

This fact was made very clear when Walther Ulbricht gave East Berlin the medal “City of Peace” and we all became very happy.

Yes, except the USA of course. 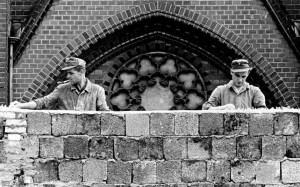